There’s a mac and cheese food truck in Ohio called “Maybe Cheese Born With It” and it’s the first ever drag queen food truck in the entire Midwest.

Honestly, that sentence could be a wholly satisfying tale all on its own.

But with an origin story of Dolly Parton fandom, entrepreneurial spirit and buckets of glitter, owner Sugar Vermonte is determined to bring out the authenticity in every patron covered in her melted cheese.

A glittery coat of many colors

Sugar’s story starts in Royal Oak, Michigan, a suburb of Detroit where she grew up and made herself known pretty early on in life.

“Sugar started when I was four-years-old putting my dog’s tennis balls [under my shirt]pretending I was Dolly Parton,” she laughed.

Indeed it was Parton who provided so much inspiration for Sugar, and not just for the beloved singer-songwriter’s unforgettable lyrics.

“One of the biggest themes of my business is ‘What Would Dolly Do?’” Sugar said. “She is truly one of America’s most successful businesswomen.”

After her parents died when she was in high school, Sugar relocated to Toledo where she had family. She is quick to praise Ohio’s fourth largest city, citing Toledo’s world-class art museum, award-winning zoo and overall spirit.

“Toledo has a big city vibe with a little city heart,” she said.

Sugar first stepped foot onto an actual stage decades ago at the legendary Caesar’s Showbar, then one of Toledo’s longest-running gay bars. She remembers it was amateur night, that she wore a Lane Bryant nightie with black stockings and that she sang live. 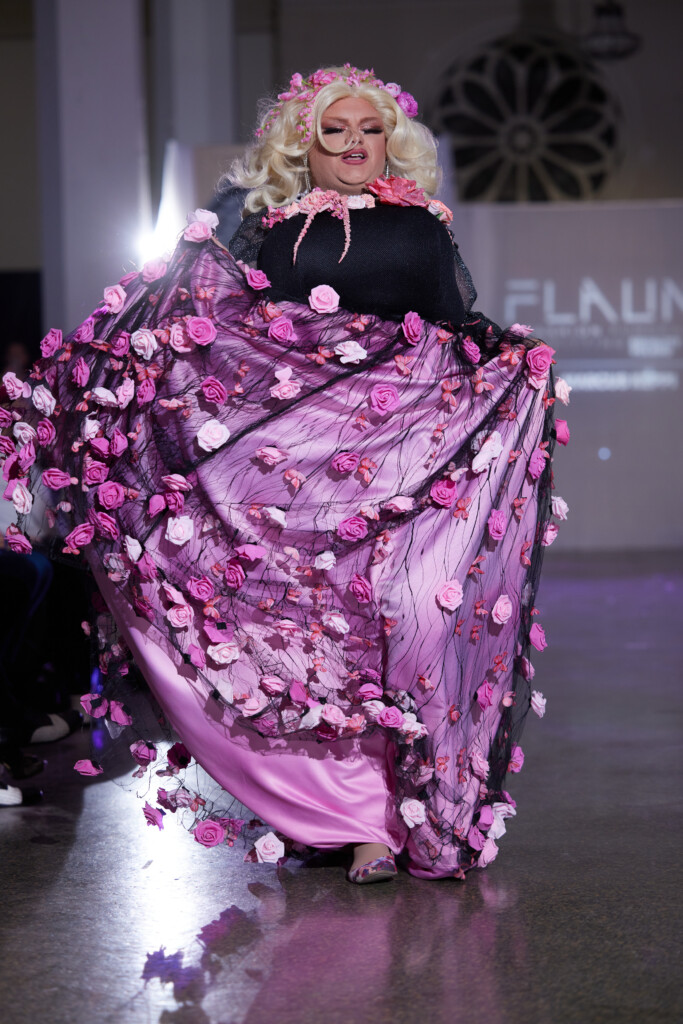 “The song was ‘Killing Me Softly’ but it was over the regular track, because I wasn’t fancy enough to have the karaoke track,” she laughed. “And Sugar was born.”

What glitters is gold

Before the pandemic started, Sugar was working with students with disabilities. When she returned to work after what she called “the long pause,” things felt different.

“I loved the job but I knew I couldn’t work that hard and be that broke,” she said.

In thinking about what she wanted to do next, she pivoted back to her childhood. Looking for comfort and direction, she cast her mind back to family gatherings where her mother would bring gigantic tubs of mac and cheese for the assembled masses.

“Mac and cheese is love. It’s comfort food. It brings joy and smiles. That is my brand,” Sugar explained.

With the idea of a mac and cheese food truck firmly in mind – aptly and cleverly named “Maybe Cheese Born With It” – she quickly stumbled upon a listing for a vintage 1960s Aristocrat trailer on social media.

“With a stimulus check and a smile, I went right out and bought that mini camper for $400,” Sugar said.

She admits that the first iteration of the food truck was a bare-bones affair. She had a few hot steamers and Tupperware that functioned as her three-compartment sink. After marveling that she was able to install a water heater without causing an explosion, she quickly learned to hire other people for mechanical needs.

But what she knew with certainty was that she could decorate that mini camper in a way to make people take notice.

“I painted that baby pink, sprayed glitter on top of her and we were hitting the road,” Sugar laughed.

But first: the menu.

Given the pink paint and glitter, the names of the food offerings had to live up to that sparkle. So Sugar got creative and turned to some song titles for inspiration. A sampling:

One of many cheese offerings from the drag queen mac and cheese food truck.

With an eye-catching mini-camper, memorable menu items, and a drag queen behind the wheel,  business that first summer of 2021 was booming.

But with a new venture also came some hiccups.

“Every single event was a gigantic learning experience,” she said. “When I messed up, I would just say, ‘Listen, I’m learning as I go and that’s why we don’t have bacon today’ and everyone was ok with it.”

On the wheels of a dream

That first summer of operations wasn’t just a local hit. Sugar’s food truck went national when she got the call to compete on the Food Network’s Great Food Truck Race.

And she and her team didn’t just compete; they almost won. 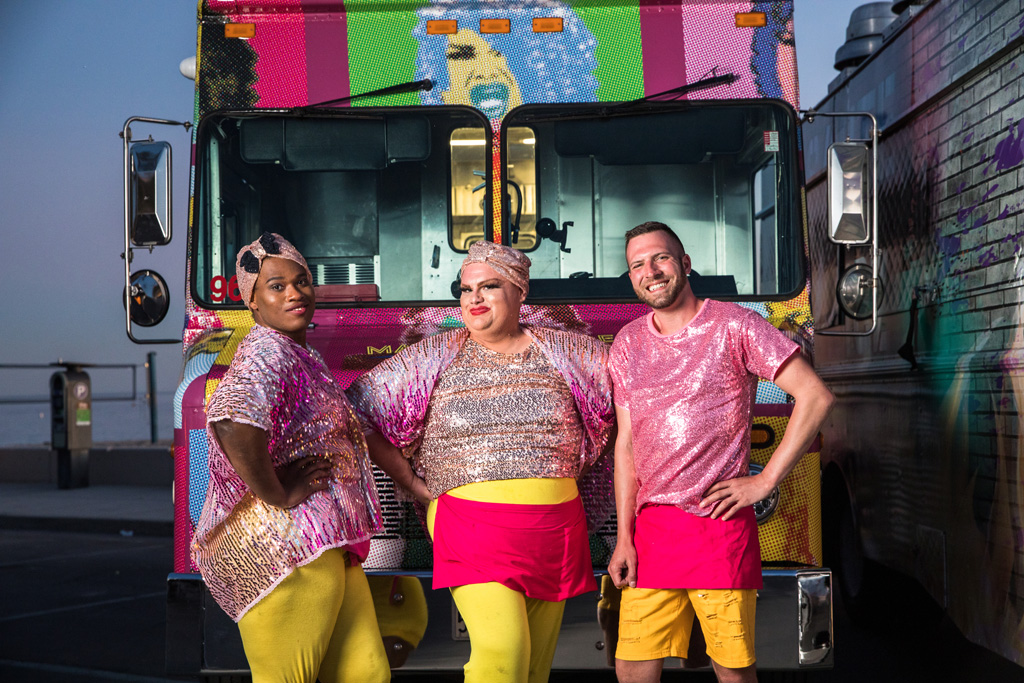 Team “Maybe Cheese Born With It” on the Great Food Truck Race, Season 15.

“Maybe Cheese Born With It” navigated through seven challenges – placing first in two of them – and was declared the runner-up in the season finale. Though she narrowly missed out on the $50,000 cash prize, the experience of being on the show gave her even more confidence to push to the next level, which meant some much-needed upgrades.

“The mini camper had to go. She worked as a prototype and she had character, but I found a great deal on an actual food trailer,” Sugar said.

Summer of 2022 was a whirlwind of events for Sugar, punctuated by a sharp increase in demand when the tv show aired in June and July.

Maybe Cheese Born With It quickly became one of the most in-demand food trucks in the nation.

“I am 300-pound drag queen who is obsessed with melted cheese and pink glitter and I’m leaning into it,” Sugar said. “This is the first time in my life that I have found success by being completely and authentically myself.”

This winter, Sugar is focused on more improvements. She is hard at work perfecting her food delivery system and wants to hit as many events as possible with a new food truck, an upgrade from the current food trailer.

And why stop at one?

Sweet dreams are made of cheese, indeed. 🔥