Since 2016, OPAWL: Building AAPI Feminist Leadership has been providing a vital communal space for Asian American and Pacific Islander (AAPI) women and nonbinary people in Ohio.

The organization’s first event was held in a founding member’s living room in Columbus and has since spread to Cleveland, Cincinnati and all over Ohio. To help them achieve their mission of organizing for social justice and elevating the voices, visibility, and progressive leadership of their members, OPAWL has created caucuses ranging from a multigenerational to a Filipinx group.

Now the organization has become has become even more inclusive with the addition of an LGBTQ+ caucus. The caucus’s first event — which took place on April 14 at Wild Goose Creative in Columbus — was an open mic night full of storytelling and performances, including poetry reading and karaoke.

“There are a lot of laws in Ohio right now that are against gender-affirming policies that we want to address, but since this was our first event we wanted it to be chill and fun,” said Jaime Mah, one of the caucus’s founders and the open mic’s co-organizer. “Tonight is a happy occasion. We can save the more serious planning and call banking for next time.”

The open mic was a low-pressure, supportive environment where attendees sang karaoke to Taylor Swift, John Mayer, and Radiohead, and performed poems about Hindu spirituality and trying to find jeans as a big-bodied person, all while enjoying rice crackers, chrysanthemum tea, and milk tea with boba.

OPAWL was very intentional in having their first LGBTQ+ caucus event be an open mic, where there’s power in communities coming together, especially when the voices that are centered in this space are marginalized by systems in power.

“​​I’m really excited about the LGBTQIA+ caucus because it’s at the intersection of so many identities that are under attack,” said Tessa Xuan, Statewide Co-Director of OPAWL. “I think people are finding a lot of joy and strength from unapologetically claiming their identities and being seen and heard in space with one another and helping to create more solidarity within the AAPI community… I myself am part of the queer community so it’s really exciting on a personal level to have this space that centers us.”

The open mic was the first of many events to come for OPAWL’s LGBTQ+ caucus and the group is already looking forward to participating in Prides across Ohio.

In the meantime, their goal is to find a name that represents the diversity of the LGBTQ+ AAPI community and communicates the inclusivity of the group.

The first name they selected wasn’t…perfect.

“The original name was INDRA, Intersectional Non-conformers Daring a Renaissance of Asians,” Mah explained. “I came up with the idea for INDRA because it’s part of the name for rainbow in Sanskrit. It also means Indra’s bow. She’s a god, a deity, and we felt that religion wasn’t what we wanted to represent. There’s also the issue of potential casteism.”

“Casteism is a hierarchy with levels of privilege. The higher you are, the more privileges you have and the lower you are, the more likely you are to be poor and oppressed,” added Sugamya Juvvigunta, co-founder of the caucus and co-organizer of the open mic. “It’s important to be inclusive of everyone, especially as an LGBTQ+ caucus, so we’ll find a new name.” 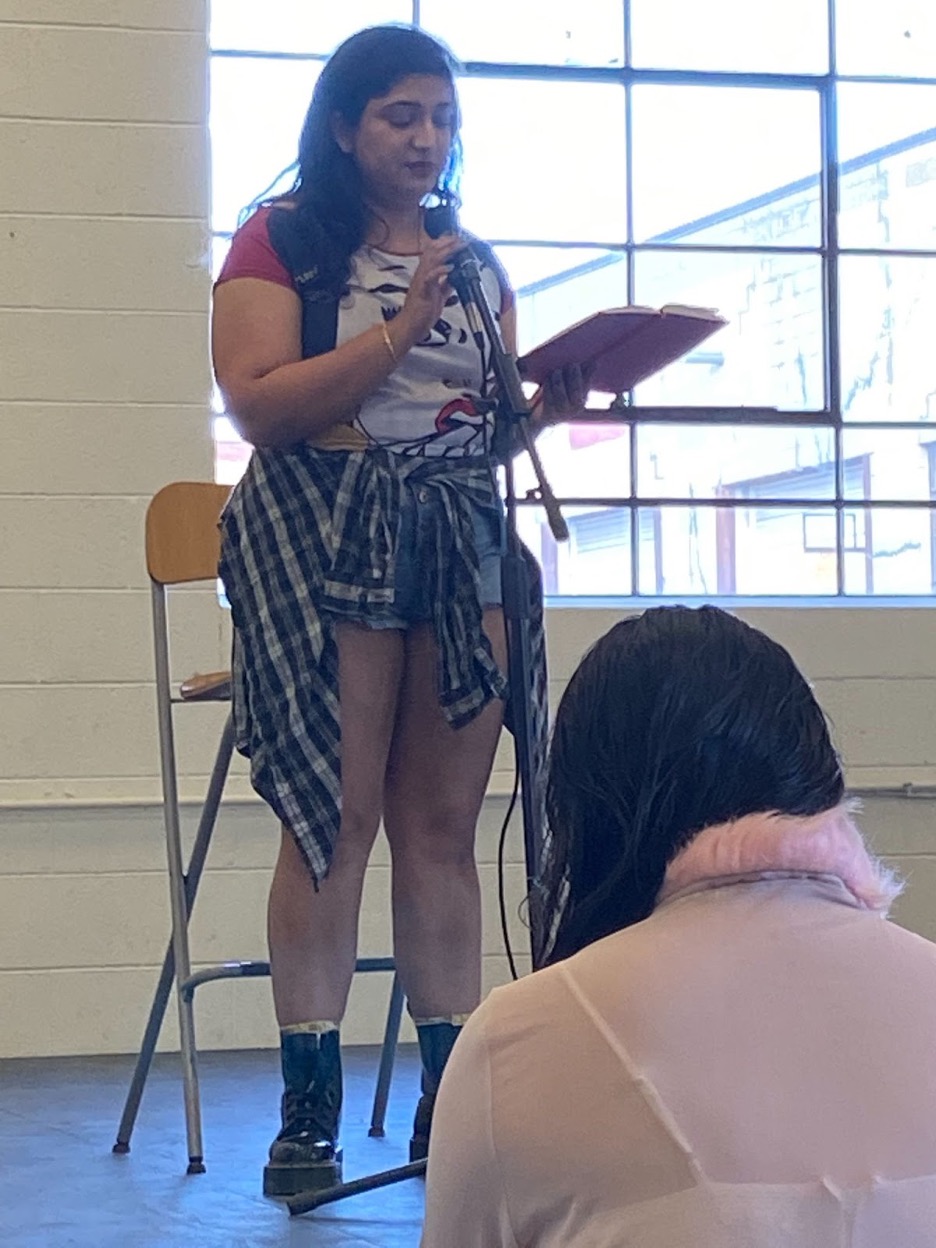 “I’ve always struggled with my identity,” Juvvigunta said. “I didn’t really come out until I was 19 and I’m still not super open about it, but the fact that I decided to be a co-leader [of this caucus]shows that I’m accepting more of that part of myself.”

“With the increase in hate crimes, it’s really scary. I don’t think that I’ve been able to be as visibly proud as I was before the pandemic,” Mah added. “I felt isolated then with my queerness, and it’s even more so now.”

OPAWL is a politically active organization whose members have advocated for fair districts and helped developed an AAPI-inclusive K-12 curriculum. “We’re creating a space for us but also a place to connect and be in solidarity with other communities of color that are like-minded,” founding member Suparna Bhaskaran shared.

Mandy Shunnarah is a nonbinary, bisexual, Palestinian-American writer living in Columbus, Ohio. Their first book, Midwest Shreds: Skaters and Skateparks in Middle America, will be out soon. Read more at mandyshunnarah.com.