Three weeks have passed since the Columbus Civilian Police Review Board recommended removing Gambit Aragon, one of its newest members.

During his tenure, Aragon was an outspoken critic of the Columbus Police Department, with his ire growing after the Proud Boys anti-drag rally on December 3rd. During that weekend, Sergeant Steven Dyer was recorded high-fiving a member of the extremist hate group, and subsequent reporting by The Nation suggested Proud Boys members exist within the CPD itself.

Aragon argued that an Inspector General led investigation into the CPD’s practices was necessary.

Mayor Andrew Ginther posted on Facebook that Aragon should “resign from the Civilian Police Review Board” following Aragon’s posts on  on Facebook that were seen as having an anti-police bias. The Board subsequently voted to remove him.

Aragon spoke with The Buckeye Flame about his removal, career in activism, and what his future holds.

(This interview has been edited for length.)

What were your experiences in activism prior to joining the Civilian Police Review Board and why did you feel it was important to sit on this board?
GA: I have been an activist for some time now. I am passionate about various causes in favor of expanding fundamental human rights. I’m enthusiastic about LGBTQIA rights, recovery, women’s rights, and especially equity for BIPOC. I was one of many citizens protesting during the Uprising or the nationwide protests in 2020 against police brutality. These experiences informed me that I could be doing more within the local government. I have recently been organizing with Columbus Community Pride, volunteering on their communication team.

It was vital for me to get on the Board because I believe representation is essential, especially regarding community review of the police. I’m a Latinx immigrant, queer, and nonbinary person. I’m giving visibility to a much larger, more colorful, and beautiful community, [one that has]been historically and presently impacted by police brutality and misconduct. As a civilian, I wanted to see whether the board was legitimate or just a pacifier board. I [now]have my answers.

How would you describe your time on the Board and how did your perspective differ with your colleagues?
My time on the Board was well spent. I amassed knowledge of the commitments that this board failed to bring to fruition. My relationship with my colleagues was typical. I had some who appreciated my perspective. At the same time, other board members probably wished I had not been there.

I joined this board to be a voice for my community and advocate for the families of people taken by police violence. I don’t believe any member should have joined the board to be sympathetic to the woes of the police department. CPD has representation and protection from the FOP plus the collective bargaining agreement written in their favor.

As far as tension, I was always tense at board meetings. It was my first time serving on any board, and it’s not like we got any training on board rules and etiquette. Instead, we got training after training about the police experience, maintaining a check on our bias, and how to properly double-check investigation reports.

You argued that the Board should submit a complaint and an investigation by the Inspector General’s Office should be launched into the Columbus Police Department’s behavior on December 3rd. How and why did you come to this conclusion?
The people’s trust depends on their representatives speaking up and speaking out when domestic terrorist groups try to take over our city and intimidate our residents. We must ensure the people who live here, especially those most likely targeted by these hate groups, feel safe. My words were meant to do just that.

At the meeting, many seemed to jump on board with my motion with such advocacy and conviction. Those also ended up being the same board member who voted me out and questioned my objectivity the next time I saw them.

The actions from city leadership and CPD on Dec 3rd is our reality, not the expectation. I knew that no Proud Boys would be arrested but I also was not expecting high fives and bromance either. Historically, marginalized communities are the first to be targeted by hate groups and white supremacists. The events of that day further illustrate that CPD has a deep-rooted problem with racism. These issues aren’t new to Columbus. The DOJ has said that CPD and the city “has tolerated a pattern or practice of excessive force, false arrests and illegal searches and seizures by its police department.” Our city has plenty to be skeptical about regarding our leadership’s motivation and their continued protection of the misconduct by the CPD.

The Review Board voted for your removal on December 19th, stating that you had a conflict of interest and could not serve objectively. Mayor Andrew Ginther publicly called for your resignation, citing social media posts in which you were critical of Columbus police. Can you walk us through that experience?
No one on the Board ever talked to me about anything. The Chair did try to meet the week before but refused my request to make it a recorded zoom meeting. I like to always be transparent.

The day of the board meeting, I was informed that an email with my posts was sent to all the board members. I was never asked to speak to the charges since they were never told to me. I didn’t break any social media policy since I was speaking on my Facebook account and not speaking as a board member in any capacity. Regarding behavioral rules and policies, the board failed to set any up and technically we don’t have any. That is why one board member chose to vote against my removal. I do personally believe that the Mayor and CPD want to shift the narrative to my objectivity because they didn’t like the spotlight my very public board meeting comments put on their inactions.

I believe my removal is solely an effort to uphold the status quo. Just like the protesters in 2020, I was an irritant on that board and to the city. No, I don’t regret anything I posted. It was never an option to stay on the board if it meant sacrificing my integrity by not speaking out. Several community members and leaders were concerned with the ways the police attempted to build community with the Proud Boys and other hate groups. My words were meant to reflect that sentiment: a feeling so communal and collective that the Mayor and the chief of police spoke to it. I believe that people should use their platforms to bring injustices to light.

The Civilian Police Review Board was created to address past instances of police misconduct in the CPD, including three officers who were charged with misconduct due to their actions during the George Floyd protests of 2020. The Board’s primary goal is to hold that department accountable. Would you say that the Review Board has succeeded in that goal?
I was on the Board for 18 months and I didn’t see any progress on holding the corrupt elements of the CPD accountable. I believed in this board when I signed up to join. I still believe that if reformed it could do real good in bringing CPD policies and regulations into this century.

Like I said previously, this Board should be selected by the community and not by city leadership. It’s a conflict of interest having a board selected by people invested in making the city and police department look good. This new board would work just like the FOP does. It would represent the citizen of Columbus as a union would. Creating a new collective bargaining agreement would then be made fair and just. The power to terminate individuals who violate the same policy multiple times or conduct themselves in a way unbecoming of a city employee is also crucial. The pace and time at which the investigations are being conducted is also a problem. I would bring back subpoena powers and give board members the clearance to see body cam footage. Honestly, the Mayor’s office and the CPD should answer to the citizen’s board and not the other way around.

Multiple people have objected to the behavior of the Columbus Police Department on December 3rd.  My own reporting suggests some members of the hate group may exist within the department itself. Yet there have been no internal investigations, and CPD’s leadership dismiss all criticisms. What can or should be done to counteract the stonewalling of the Columbus PD and make the city’s police force a more transparent body?
I would not doubt that your investigations have found elements of white supremacy within the CPD. I wholeheartedly believe that racist elements have found their ways into all levels of government. This board could have helped identify those with these dangerous beliefs and motivations. That is why there won’t be any investigations. CPD will continue to dismiss criticism as unfounded allegations because that fits their narrative. It just speaks to the inability of the police to police themselves.

The civilian review board would work if it weren’t being diluted and undermined internally by board members who believe the police need further protection and mouthpieces. I was hoping that better leadership could help remove the barriers of systemic racism, but who are we kidding? CPD has been called “corrupt” by the DOJ. We need to work outside these systems to get accountability and transparency from CPD. I am working on initiatives that will bring real-time visibility to the worst cops in the city. I am working with the community to create services that will actually save Black lives and provide trans, nonbinary, and genderqueer communities of color with life-saving resources at the push of a button. 🔥 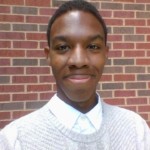 Zurie Pope is a journalist and a sophomore at the University of Cincinnati. His work has appeared in The Nation, The Ohio Capital Journal, and the Columbus Free Press.

The Buckeye Flame amplifies the voices of LGBTQ+ Ohioans to support community and civic empowerment through the creation of engaging content that chronicles our triumphs, struggles, and lived experiences.